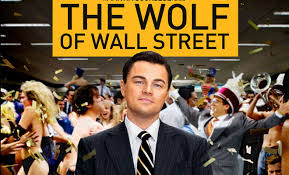 Last night I watched The Wolf of Wall Street. I had a smile on my face from beginning to end – and it’s nearly three hours long! Apart from being the most hilarious, raunchy and hard-hitting tale of dodgy finance deals, it is an immensely powerful allegory about what you can achieve with self-belief.

I’ve spoken in the past about the Laws of Attraction, and also the difference between Leadership and Management. Leadership is about who to be rather than what to do. Here is Jordan Belfort’s take on the Laws of Attraction: “Act as if! Act as if you’re a wealthy man, rich already, and then you’ll surely become rich. Act as if you have unmatched confidence and then people will surely have confidence in you. Act as if you have unmatched experience and then people will follow your advice. And act as if you are already a tremendous success, and as sure as I stand here today – you will become successful.”

Jordan Belfort’s employees worship him. He is in complete command. And it’s not just because he’s made them all very wealthy. It’s because he stands in front of them being completely authentic. He provides total clarity on his purpose, confidence in himself, and is honest about what he wants from life.

If you haven’t seen the movie, it’s fab. Be prepared for eye-watering language and nudity, and that the film does not take itself seriously, and you’ll love it.

Jordan Belfort says: ““The only thing standing between you and your goal is the bullshit story you keep telling yourself as to why you can’t achieve it”.