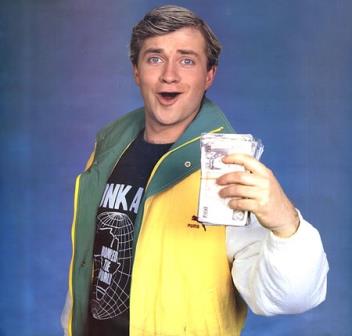 Not long ago, part of my kitchen ceiling came down. Don’t panic, nothing serious. I live in an old cottage, with beams, and the ceiling is papered rather than plastered, and a strip of paper gradually began to come loose and was just hanging precariously.

So, like you do, I dug out my parish magazine and contacted some local businesses who offered plastering and decorating services. I made a few calls, and a personal recommendation later, a plasterer duly arrived to give me a quote.

I wish I had videoed the whole exchange so you could watch it and laugh.  I showed him the precariously hanging ceiling paper, and he did actually draw air through his teeth – something I thought was only a parody of builders. Pointing upwards “you know what that is don’t you?” Me, “No”. Him “It’s whitewash”. Me, silence. And what followed was a long, long list of reasons why the job would be very hard, combined with all the things he didn’t do. “I don’t do electrics, I don’t do painting…..” blah blah blah blah. And then I got the whole drama about the recession, and how he was now so busy he was working seven days a week. But my job was so small he’d come over and do it on a Sunday morning. And so on. By this time, I had switched off completely. A chain reaction had begun within me where I simply wanted him to leave my home and never come back. As I hurried him out of the door, he was telling me just to call him, and he’d be over, no problem.

My gut told me that I couldn’t have someone in my space that was so negative. He felt like some kind of viral attack that I needed to repel. What also intrigued me was the thought process behind going to quote for a job, and spending all your time and effort telling the potential customer about what you couldn’t or wouldn’t do. An interesting USP….

I have since noticed how much time people in general spend telling others about what they can’t do, as opposed to what they can. Are you one of those? What’s stopping you from telling other people what you can do, or even better, what you are great at. Or better still, what is your gift?