In praise of lateral thinkers 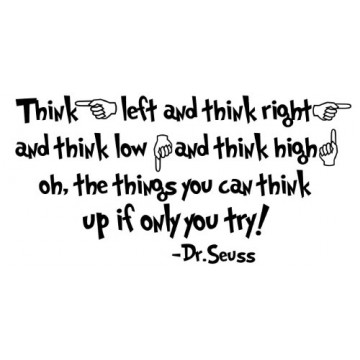 We are taught to think logically, aren’t we? How often is the phrase heard ‘think it through, logically’. It’s become so hard-wired as a behaviour for me that it’s actually a constraint. And I don’t like constraints, they are limiting. So in praise of lateral thinkers everywhere, here’s a story from the Swain archive which demonstrates the power of lateral thinking. Oh, and it’s also quite amusing.

My parents emigrated to South Africa in 1979 for four years. I’m the youngest of four, and the only child still at school/home at the time, so rather than stay in my UK boarding school, I jumped at the opportunity to go with them. They visited Johannesburg before we moved to sort out logistics, one of which was where I would go to school.

The logical thinkers amongst us may go down the route of asking the advice of future work colleagues where they sent their kids to school, or for recommendations. But Mum had a different idea.

She’d recently heard Desmond Tutu preach whilst on a visit to the UK and took a shine to him. So when they visited Johannesburg, she decided to obtain his phone number and call him to ask for a recommendation. Her call was answered by his secretary, who informed Mum that the Bishop Tutu (not an ‘Arch’ at this point) wasn’t available, but could she help at all. Mum then explained that the family was moving to JHB and that she wanted to ask Bishop Tutu’s opinion on a good school for her daughter. The secretary replied that she felt sure if Bishop Tutu were available to take Mum’s call, he’d tell her that she should send her daugher to St Mary’s School in Waverley, JHB. I was immediately enrolled and turned up at St Mary’s at the end of February 1979.

It was (and is) a wonderful school, I made life-long friends and returned in 2012 for a 30-year reunion. It has been such a joy to reconnect with old class-mates and as an adult, recognise the common values we share.

I’ve asked Mum what caused her to seek Bishop Tutu’s opinion and her response is always the same. She liked and admired him and thought he’d be a good judge of a school’s character. My guess is she recognised in him a common value-set with her own, despite not actually having met him face-to-face. And I’m very grateful indeed. Very grateful that she didn’t think logically and ask some starchy colleague of Dad’s where I should go to school. I’m immensely grateful that she’s a lateral, creative and intuitive thinker.

If, like me, you find that logical thinking doesn’t always serve you well, maybe you’ll imagine a space and time when you’ll choose to think laterally, creatively and intuitively.