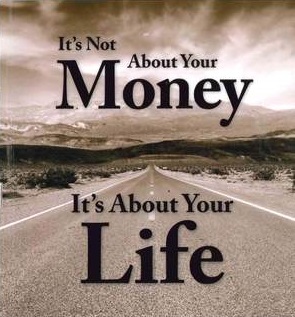 Money makes the world go round, doesn’t it?

I’ve recently had a number of clients talk to me about changing their careers. Whether they are just starting out or mid-life, the biggest constraint of all is money. What if my great idea doesn’t work? What if the business fails? My partner might not be happy with the drop in income. And so on.

I remember being a smoker and how I’d plan ahead to ensure I had enough tobacco or cigarettes and start to panic if I thought that an opportunity to purchase might not arise. It became a fixation. I observe that a similar state exists around money. I remember in my late 20s leaving a job without another job to go to. I spoke to my Dad at the time because I had a mortgage to pay. And he told me not to worry, it was only money. If I focussed on a positive solution, the money would sort itself out. His view was ‘what’s the worst that can happen here?’  He was always careful with money but never let it stop him from doing what he wanted.

So if you want to change your career, or aren’t even sure what it is you want to do yet career-wise, ask yourself this question: What would you do if you knew you could not fail?

Listen to the first answer that pops into your head. And that’s it. Trust that the money will sort itself out.

Here’s a different song about money from an awesome 80s band, Bronski Beat.