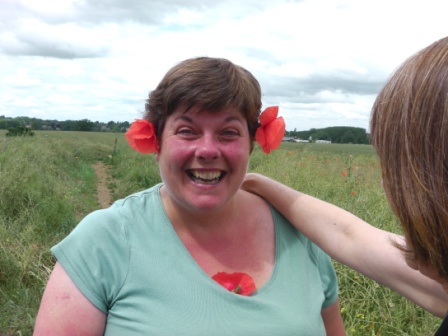 I have three elder siblings, and last summer they all came to stay with me for a few days. We all get on really well, and appreciate many of the same things, despite the fact that I am the ‘afterthought’ and am nearly 10 years younger than the next one up. However, one of the things the three of them LOVE doing is going for long country walks, which has never really appealed to me. When they would disappear off for hours, I felt really left out. But I didn’t actually want to go on the walk – I liked the idea of it, but not the reality.

You have a choice, don’t you? You can choose to stay outside of a group, or change your behaviour or response and join in.

After years of declining, I said I would like to participate, and would they be prepared to consider a more gentle walk to enable me to do that. I wasn’t sure what the response would be, but it was a resounding ‘of course!’

It was a hugely enjoyable day which included arguments about map directions and silly photo’s. I always knew we were close as a group but I had no idea the profound effect it would have on me until a few days later when I realised that by choosing to join in with that activity, I experienced a sense of complete belonging. I wonder if they did too.

If you want to belong, take action.