The Grace of Distraction 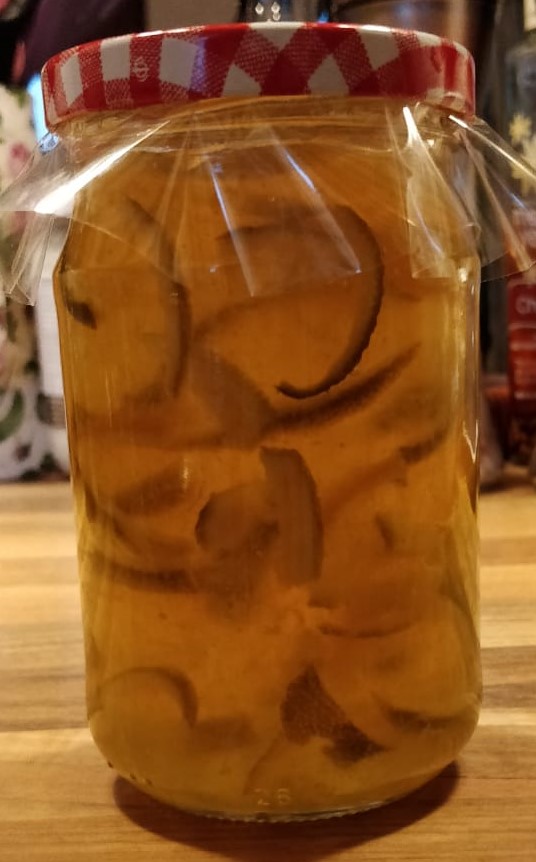 On 22nd January it was the third anniversary of my Mum’s death. Both my parents died during the month of January, many years apart. And I had agreed this year on 22nd January to run an errand with another family member who needed a chauffeur. A good distraction….

My day didn’t go to plan. I was relieved of my chauffeur duties quite early in the day. And what I should have done was make the most of the suddenly free day to catch up on some outstanding work. But I was feeling a little blue and mopey. After sitting for a while I decided to distract myself with making lime marmalade, something I attempted a few years ago now, which didn’t go so well last time.

Seville marmalade is labour intensive….lime marmalade is worse. And I remember being so knackered last time that I didn’t boil it for long enough when I finally reached that point, and it didn’t set. Today I took a different tack. I was given Michelle Obama’s autobiography for Christmas, so during simmering and cooling down phases, I put up my feet on the sofa and immersed myself in her wonderful book.

Quite by chance, I reached the point in the book where her father dies. He’s 55 and she’s in her late 20s. Nothing like my own circumstances. Yet her description of their communication in his last hours rang such bells for me, it broke the seal on my grief, and I wept. I’d been suppressing the emotion for several weeks and doing a good job of distracting myself with other jobs. But the timing was just right, and it’s such a blessed relief to allow the emotion to surface.

Never underrate the benefit of a distraction. I always trust that I’m doing the right thing at the right time for me, that the Universe is unfolding exactly as it should. AND on 22nd January 2021, I made my first batch of properly set and utterly delicious lime marmalade, 14 jars of it!