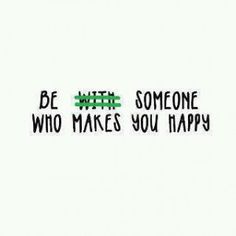 We are less than two weeks away from Christmas. Families and friends gather, gifts are exchanged, and we celebrate together. Oh, and we’ll probably watch ‘It’s a Wonderful Life’ on telly again.

I was chatting with a friend recently about favourite old movies, and he’d never heard of ‘It’s a Wonderful Life’. I was gobsmacked as I recall it being on telly most Christmas’s and something I was encouraged to watch.

The story is fairly simple. A man is unhappy with his life, and decides to end it. His name is George Pratt. As he’s about to jump off a bridge, a man approaches him carrying a bag. George tells him that he wishes he’d never been born, and the man grants his wish. The man offers him the bag and sends him off to be a door-to-door salesman.

George discovers that many things which happened in his original life no longer happen because he was never born. Events such as saving a younger brother from drowing. He learns that his life has meaning. He realises that the lesson he’s been taught is that the greatest gift of all is life and returns to the man on the bridge to ask for his life to be restored. It is, and it all ends happily ever after.

As you know, I receive regular emails from The Universe. Here’s the note which inspired this blog: