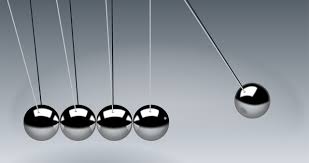 I’m not immune to the irony of blogging about another song by Faithless during the festive season. But here goes anyway.

I’ve really been struck by a number of Maxi Jazz’s lyrics. I know I’m late to this particular party, but I’m here now. One of the songs is called Mass Destruction, and I guess really it’s about a little boy whose father goes off to war. The bigger story is about not challenging injustice. The particular line which grabbed my attention is ‘Inaction is a weapon of mass destruction.’

Here’s the thing. Throughout the year I’ve blogged about the value of taking a single step towards something to increase your understanding of it. Whether it’s as small as a ‘hello’ to someone you want to talk to, or as great as leaving your paid job to become self-employed, it’s a step towards a different future. Fear holds us back from taking those steps at times, yet once the step has been taken, the fear disappears and we wonder why it took us so long to make the move in the first place.

At the top is a picture of Newton’s Cradle. I’m no scientist, but what I love about the Cradle is the way it reacts. It’s a great visual metaphor for Action and Re-Action. Taking a step is taking action. And what you get with Newton’s Cradle is then a series of actions, and momentum. It’s a fantastic metaphor.

Make 2017 your year of taking action.